What Kind of Money Can Be Earned from Metal Recycling in North Riverside, IL?

07 Sep What Kind of Money Can Be Earned from Metal Recycling in North Riverside, IL? 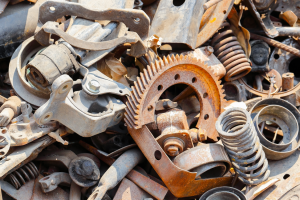 You may have heard of metal scrapping at one point or another. You may have also heard that you can make some money by recycling metals. You heard correctly.

The only question is: how much money can actually be earned from metal recycling in North Riverside, Illinois? The answer depends on a couple of factors. We’ll get into the specifics below.

Can You Make a Living Metal Scrapping?

Most scrappers will scrap as a side-job in order to bring in a bit of extra income every month. Some scrappers scrap only sporadically, handing their used possessions over to recycling centers as a means of freeing up space. Regardless, most metal scrappers are not making a full-time living from scrapping.

Now that we have that out of the way, we can begin discussing the specifics of earning money from metal scrapping. Below, we’re going to cover the most commonly recycled metals, reviewing not only their respective recycling rates, but their typical monetary returns as well.

Existing in a wide variety of products and components, iron is one of the most recycled metals in existence. While this means that it’s easy to find, it also means that recycling centers are used to receiving it.

When it comes to recycling, steel is very similar to iron. The most recycled material in existence, it comprises the majority of metal that recycling centers receive on a daily basis. While it’s exceedingly easy to find, it only commands a monetary return of between 6 and 10 cents per pound.

While it’s not recycled quite as frequently as iron or steel, aluminum is still recycled on a fairly regular basis. After all, it’s the metal that soda cans are made of.

Generally, a pound of aluminum will command a monetary return of around 50 cents. Considering how common aluminum is, this is a solid price.

Compared to the metals discussed above, brass is fairly scarce. As such, it’s recycled much less frequently. This means two things: 1. It’s much harder to find, and 2. It yields a much greater monetary return. Generally, a pound of brass will command a monetary return of around $1.60.

Copper is even less common than brass. Therefore, as you might imagine, recycling it yields an even higher monetary return. While the quality of copper you submit will affect its price, you can generally expect to get around $2.65 per pound for non-insulated copper. Insulated copper, on the other hand, commands around 90 cents per pound.

Are you hoping to make some money from metal recycling? Looking for a metal recycling center in North Riverside, Illinois? If so, Central Metal Recycling has you covered.

Our facility accepts metals of all kinds. These include steel, aluminum, brass, and copper, to name just a few. Regardless of the metals that you have to submit, we will provide you with monetary compensation for them.